A King of Infinite Space 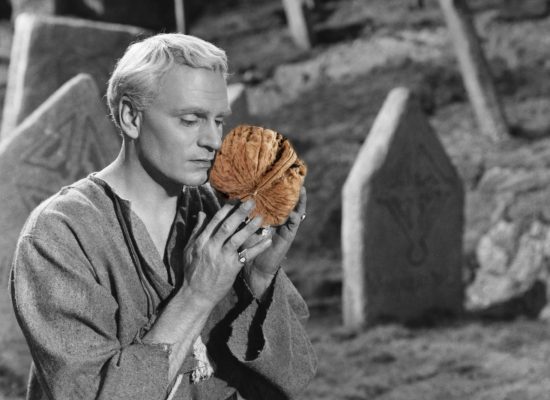 While teaching acting workshops, I notice that I frequently use a certain phrase or metaphor to describe an aspect of the work for several workshops in a row. When this happens, maybe something is going on in my unconscious that I am struggling with, or discovering more of something in the actor’s art.

For a year or so I’ve been mentioning a particular phrase from Hamlet in all of my workshops. Hamlet says to his fair-weather friends Rosenkrantz and Guildenstern “I could be bound in a nutshell and count myself a king of infinite space….were it not that I have bad dreams.”

Hamlet believes Denmark to be a prison. The very corrupt and bloody politics of Denmark become his field of action, his nutshell. And within that nutshell he certainly has more than his share of bad dreams. As Marcellus says earlier, “Something’s rotten in the state of Denmark.”
But to be a king of infinite space in his field of action, the nutshell of rotten Denmark, Hamlet must act. At the end of his ‘To be or not to be” soliloquy, he says:

Thus conscience does make cowards of us all;

And thus the native hue of resolution

Is sicklied o’er with the pale cast of thought,

And enterprises of great pith and moment

With this regard their currents turn awry,

And lose the name of action.

What stops or limits action? Conscience, cowardice, fear, too much thought. All conditions that limit the prince’s, and the actor’s, creativity and action. When Hamlet discovers the king alone, without protection, it could be a perfect time to kill him, to take action, “to take arms against a sea of troubles, And by opposing end them.” But too much conscience plagues Hamlet, because the king is at prayer in his chapel, and Hamlet doesn’t want the King forgiven by God for his sins. He’s paralyzed. (Ironically, the king couldn’t pray, he was too guilt-ridden…he couldn’t take action either).

No matter the size of the nutshell, the effective artist creates boldly and imaginatively in the moment, without fear and, most importantly, without being ‘sicklied o’er with the pale cast of thought.’ This is the primary difference between an intellectual and an artist. The actor certainly uses the intellect in many areas of training and preparation for performing the role, primarily in research and in organizing the trajectory of the work. But in the moment of action, in actual performance, the actor is more like an athlete, using trained instinct and intuition, discovering each moment through constantly changing circumstances and reacting to them out of the character’s natural impulse. And discovering new, unexpected truths…

What’s the actor’s nutshell? In most cases you must say the lines of the script exactly as written, follow the instructions of the director, find your light, project your voice so the audience can hear you clearly, mold your character to the cultural expression of the time and place, etc, etc.

First of all, fuck theatrical traditions. Imitating some received idea of how to play a role handed down through five generations of actors nearly always leads to predictable cliches and artificial acting. This is why the French do Checkoff better than the Russians, the Americans do Feydeau better than the French, and the Japanese do Shakespeare better than the British.

Secondly, take a chance! You will, hopefully not too often, do something foolish or embarrassing. That’s a price we all pay. Just like athletes risk both embarrassment and physical injury. Have a bit of courage in the face of what you dread!

And finally, there is no higher joy than flying moment to moment completely connected to the character, the other characters and the environment and circumstances of the piece while taking dangerously spontaneous action. To be a king (or queen) of infinite space…