Learning To Drive The Character 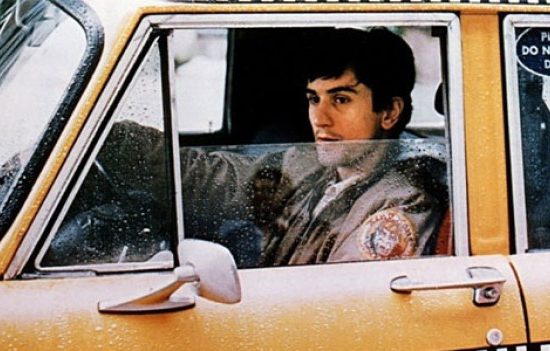 There has been much needless controversy amongst those who practice acting techniques that derive from the work of Stanislavski and Strasberg, principally surrounding the issue of building character.

I’ve witnessed many passionate battles on the question ‘should an actor go to the character or bring the character to him or her’? One side says that going to the character results in artificial acting because you yourself are the character, that in all cases the character has to be molded from your experience, otherwise you will artificially create cliched behavior. The other camp claims that if you don’t go to the character you will always play yourself (or your self-created persona) which usually is not a full or true representation of what the writer had in mind, and that this way of working inevitably leads to type casting.
Both sides have a point.

We’ve all seen actors who always seem to  play a version of themselves. In fact, this is the current practice of most American movie stars. If an actor has a particularly seductive, macho, funny or charismatic persona, the actor can play variations on that theme for their entire career. They become a ‘brand,’ just like Coca-Cola. They tend to appear in formula plots, because the movie or play is really about the star rather than the story.

But we’ve also seen a lot of pretentious or cliched overacting from those who want to dazzle us with their inventiveness and transformational abilities, particularly on the stage. These actors often resort to quirky ‘character’ walks, flamboyant movement not grounded in the work’s true level of reality, hyped-up rhythms of speech (the bane of college and regional theatre acting) and an almost non-existent connection to place and context. I recently saw an actor in a Broadway production use all these tricks and quite a few more. At intermission I overheard a couple of tourists discussing his performance. The wife said, “I guess he’s a good actor.”  The husband responded, rather uncomfortably, “Yes, he is, I guess.”  They “guessed” that they were supposed to think he was a good actor, because he was so dazzling with his speech rhythms and behavioral quirks. But they were uncomfortable with this opinion because they didn’t really believe him. His performance was all about himself and had absolutely nothing to do with the world of the play. But it was Broadway, and he got good reviews, so who are we to argue?

In both cases, the performances of these actors were really about themselves, not the stories they were supposed to be telling. And so the question of whether an actor should go to the character or bring the character to him or herself turns out to be the wrong question. A third way exists which, in fact, artists of every discipline practice: expand yourself until you become large enough to contain the character within yourself, through training. For instance:

John at 15 years old does not know how to drive a car. His father, over a period of about six weeks, teaches him. A few months later John races around trying to impress girls and scaring hell out of everybody. He’s not self-conscious, and in fact he enjoys driving so much now that he becomes quite creative in the way he skids around corners and cuts off other drivers by a few centimeters. He’s still John, but he has expanded himself by training in a new skill. He’s “bigger” than he was. He’s not “acting” driving, he really is a driver. (His training is not over, of course. He will become slow and self-conscious again when he has to drive treacherous mountain roads in an ice storm for the first time).

Building a character requires a similar process. The actor trains in the experiences, skills, talents, sensations, even the memories of the character, until they become unconscious, impulsive and reactive. This requires research, imagination and objective thought. Romantic notions about the character can block the actor’s perceptive powers.

During the period of training, however, the actor will feel self-conscious and artificial at times. When John was learning to drive, he was highly conscious of how fast he drove, of how much he had to turn the wheel, of other traffic, and of his father yelling at him every ten seconds. Until we have trained sufficiently, we don’t feel very creative. In driving, we just want to accomplish the next task without wrecking the car or ourselves.

In acting, however, we do not fear such dire consequences during the training period, making it harder to see the proper path. If we try to be creative too quickly, we will wreck the integrity of the character as surely as John will wreck Dad’s car. When we have trained to the point where the character’s behavior becomes spontaneous and unconscious, we can become more creative than we ever thought possible, because the creative impulse will be unconscious and experiential rather than merely mental. At this point the actor’s performance can take flight.

One note of caution, however. Even after we feel free with a character, we may, at some particularly difficult moment of the script, encounter a very icy, twisty mountain road, just like our young driver John.

Most serious actors write a biography of their character. But a mentally created biography, though useful, does not go far enough. The imagined experience exercise uses a more experiential approach. As the actor researches and builds the character, he or she improvises events from the character’s life from childhood to just before the events dramatized in the script. These events can be important or unimportant; both are valuable. The exercise can be as simple as chatting with a friend, or improvising an hour at the character’s work. Or it could be the day the character sees his father murdered or the moment of falling in love. The actor should be trained in sense memory, so that the place, objects, persons, sounds, tastes, smells and sensations involved in the event can be experienced as completely and realistically as possible. The imagined experience will then register in the actor’s memory as though it really happened, just like events from the actor’s own life. When an actor does 30 or 40 imagined experiences for a character, the actor will feel that he or she is actually living the life of the character, complete with a past life from which the actor can unconsciously act and react. Imagined experience serves to create areas of the character’s life which are not easily found in the actor’s own personal experience.